Magic in the Park 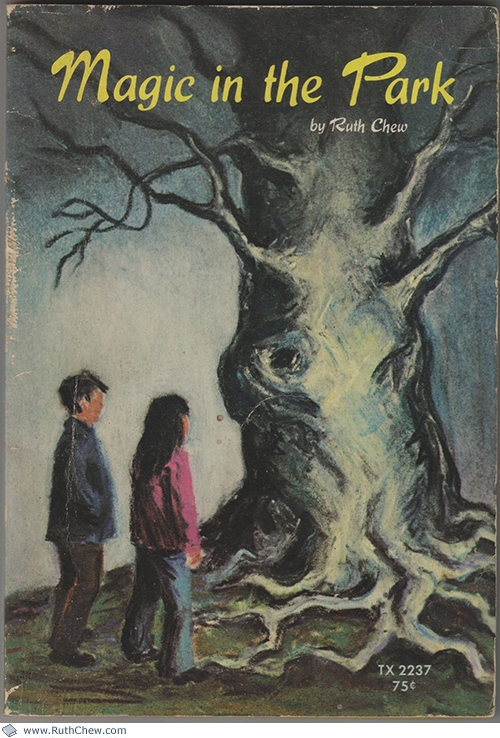 Written and illustrated by Ruth Chew.
First published in 1972 by Scholastic Book Services.

All around was a strange green glow. Mike stared hard at the trees growing upside down. "You're right, Jen," he said. "They're not branches at all. They're roots. We must be under the ground!" There is magic in the park!

It is winter, and Jennifer Mace is new to Brooklyn. She visits Prospect Park and meets an old man who feeds the birds, a raven named Napoleon, and a boy named Michael Stewart. Jen and Michael explore a magic island in the lake that turns into an underground tunnel, and a magic tree that temporarily turns them into pigeons. In the spring, Jen gets a bike for her birthday, but a mean boy named Steve tries to steal it. Mike helps her get it back, but almost gets stuck as a pigeon!

To Eve, who is afraid of the park.

Magic in the Park