The Mystery of the Ghost Bell 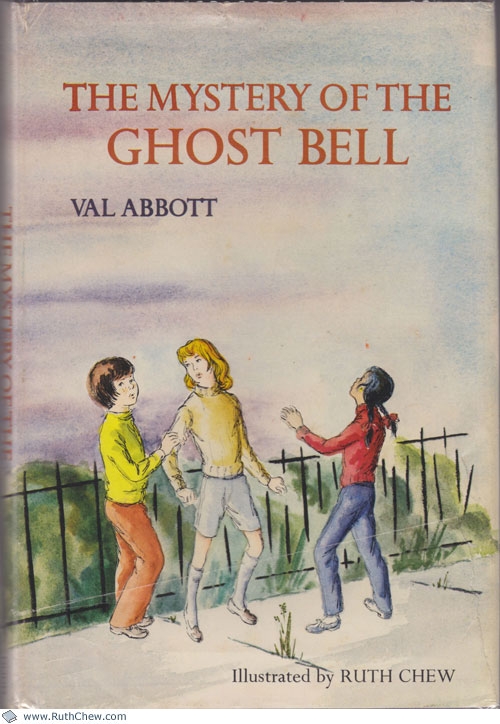 Written by Val Abbot and illustrated by Ruth Chew. First published in 1971 by Dodd Mead.

No one had heard the bell in the tower of old, abandoned Christ Church ring in over fifty years, although everyone in town knew the legend that it rang to signal the death of one of the townspeople. So when Kathy, Hallie, and Juanita did hear the bell ring, one autumn evening, they were frightened, especially as the sound was so soft and mysterious. Then the news came that old Grandmother Santiago of the Puerto Rican migrant settlement had died, and Hallie was sure that unnatural forces were at work. When orphaned Luis, who collected old papers and bottles in the town every day to sell to the junk dealer, disappeared without a trace, Juanita cried because she thought the ghost in the old church had "got" him. But Kathy pointed out that there had to be a solution, and, with varying degrees of bravery, the three girls, aided by their friend Richie, set out to find it.

Local legend says the bell in the abandoned church rings when someone dies, so when three girls hear it they begin an investigation.

The Mystery of the Ghost Bell at Amazon

The Mystery of the Ghost Bell at Abebooks